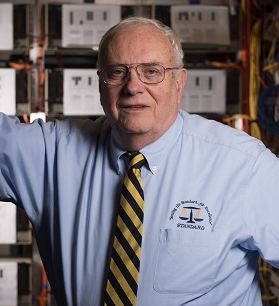 Founder, John P. Molière, Chairman, Standard Communications, Inc. (SCI) is a consummate professional who specializes in Corporate Relationship Building.   He is a well-connected, technically competent senior executive with multi-faceted strategic planning and business development experience in the IT & Telecom Telecommunications Integration and professional services industry. His vision and dedication to veterans has enabled SCI, a VA Verified SDVOSB, to be one of the nation’s premiere SDVOSBs exclusively through organic growth.

One of his first pathfinding initiatives resulting in receipt of the first services only GSA IT Schedule 70 in July 1996 after re-writing the RFP for GSA on a pro-bono basis and submitting a response. The results of this has been over $5 Billion in services only (SIN132-51) since 2010. Another of Molière’s initiatives resulted in white paper he developed and presented to the OFPP which was the genesis of the VETS GWAC and made part of Executive Order 13-360. In 2004, an independent panel of judges chose John Molière for the FEDERAL 100 Award. This award is granted to the top executives from government, industry and academia that had the greatest impact on the government information systems community. Molière was chosen because of the difference he made for his work on behalf of Service-Disabled Veteran Entrepreneurs in the way agencies and companies develop, acquire, manage and use information technology. 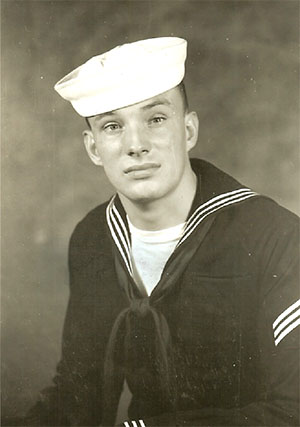 He was named as an Honorary American Legionnaire for Life, American Legion Post 295, Middleburg, Virginia, 2010. In addition, Molière was named Virginia Legionnaire of the Year, 2008; he also received a Presidential Appointment to the GSA Small Business Advisory Committee, 2004 serving as chairman of the Veterans subcommittee; various corporate entrepreneur awards, as well as an award for Sales, Marketing and Community Service to Youth and Veterans.

HONORS:  In June 2019, Molière was awarded the Gordon H. Mansfield Award by The National Veteran Small Business Coalition (NVSBC). This award commemorates this great American and his passionate veteran small business advocacy by recognizing one veteran small business owner each year who successfully owns and operates a successful small business, provides employment opportunities to veterans and who, like Gordon Mansfield in his most selfless manner, gives back to the veteran community in a substantial and continuous way. The awardee must demonstrate that they have paid the price, produced, perhaps against the odds, sustained achievement that has required courage, vision, and the ability to make tough choices through determined perseverance and hard work. In addition, the awardee must demonstrate sustained employment opportunities for veterans and have devoted themselves to sustained and selfless voluntary service to help other veterans.

In November 2016, Molière was the recipient of the John K. Lopez Lifetime Achievement Award, chosen by peers and sponsored by Vetrepreneur Magazine, the National Veteran Owned Businesses Association and the Armed Forces Insurance Institute for giving his time mentoring and providing financial contributions to veteran companies across the country.

OTHER: Five-time Past Commander, American Legion Post 295, Middleburg, Virginia. In November 2006, John and his wife Susanne, 1960 high school classmates, led the effort to pay tribute to one of the Post’s oldest members, Senator John Warner for his then 62 years of public service and to raise funds for the Middleburg Post; he was one of two founders, board member, first president and currently President Emeritus of the National Veteran Small Business Coalition,member of VETFORCE, AFCEA, NAVOBA and the Industry Advisory Council, the Telecom and Small Business SIGs, heads corporate congressional liaison. He is a member of the ship associations on which he served: U.S.S. Nitro, U.S.S. Salamonie, U.S.S. Aeolus and U.S.S. Uvalde. Having led the effort to honor the Salamonie and Nitro and their crews, he continues to support the U.S. Navy Memorial. He and Susanne are routine donors to local youth baseball and local the veterans causes. He is in excellent health, married with five adult children and nine grandchildren. 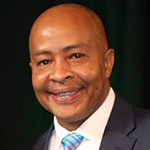 A native of Peoria, Illinois Eric Dailey served for over 26 years as a United States Marine in a variety…